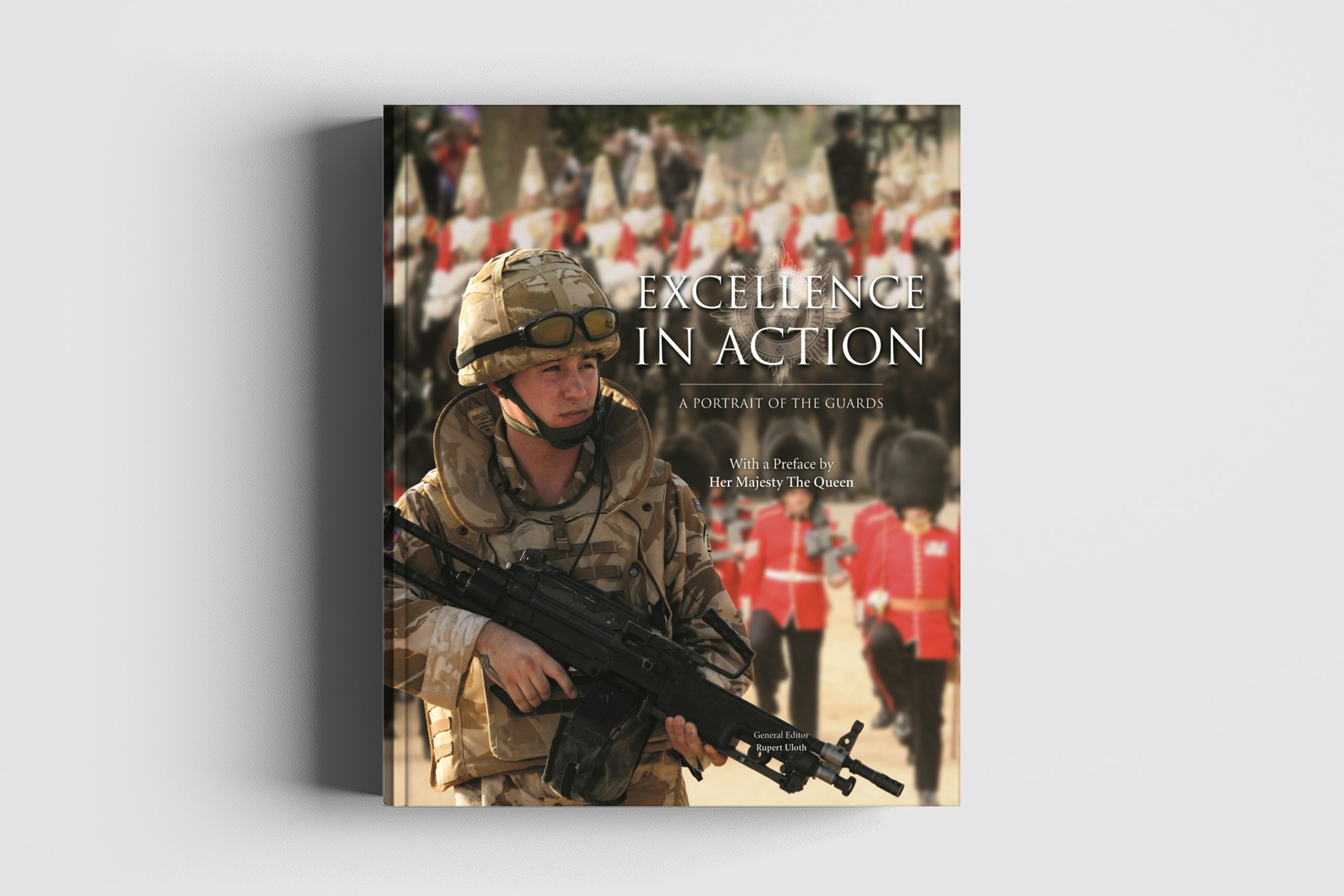 The story of the seven regiments which compose the Household Division, commonly referred to as the Guards, has been often told, individually and jointly. To the world at large, the image of the Guards has been coloured by their ceremonial duties as the regiments dedicated to the protection of the sovereign – whether on duty at Buckingham Palace and Horse Guards, or at great national occasions such as The Queen's Birthday Parade, which the public know as the Trooping of the Colour.

Yet in the 21st century the Guards have never been more active and engaged in their role as highly effective operational military units, whether in Bosnia, Iraq or, more recently, Afghanistan. Excellence in Action is a new, richly-illustrated publication which offers a true, wide-ranging colour portrait of the Household Division which reflects the tradition of excellence of the individual formations in the context of today's role as an elite fighting force.

'Excellence in Action has been edited, designed and illustrated with all the panache and professionalism of the regiments themselves.'

'Excellence in Action is a splendid, extraordinarily successful book, a real triumph, and cannot be recommended too highly.'