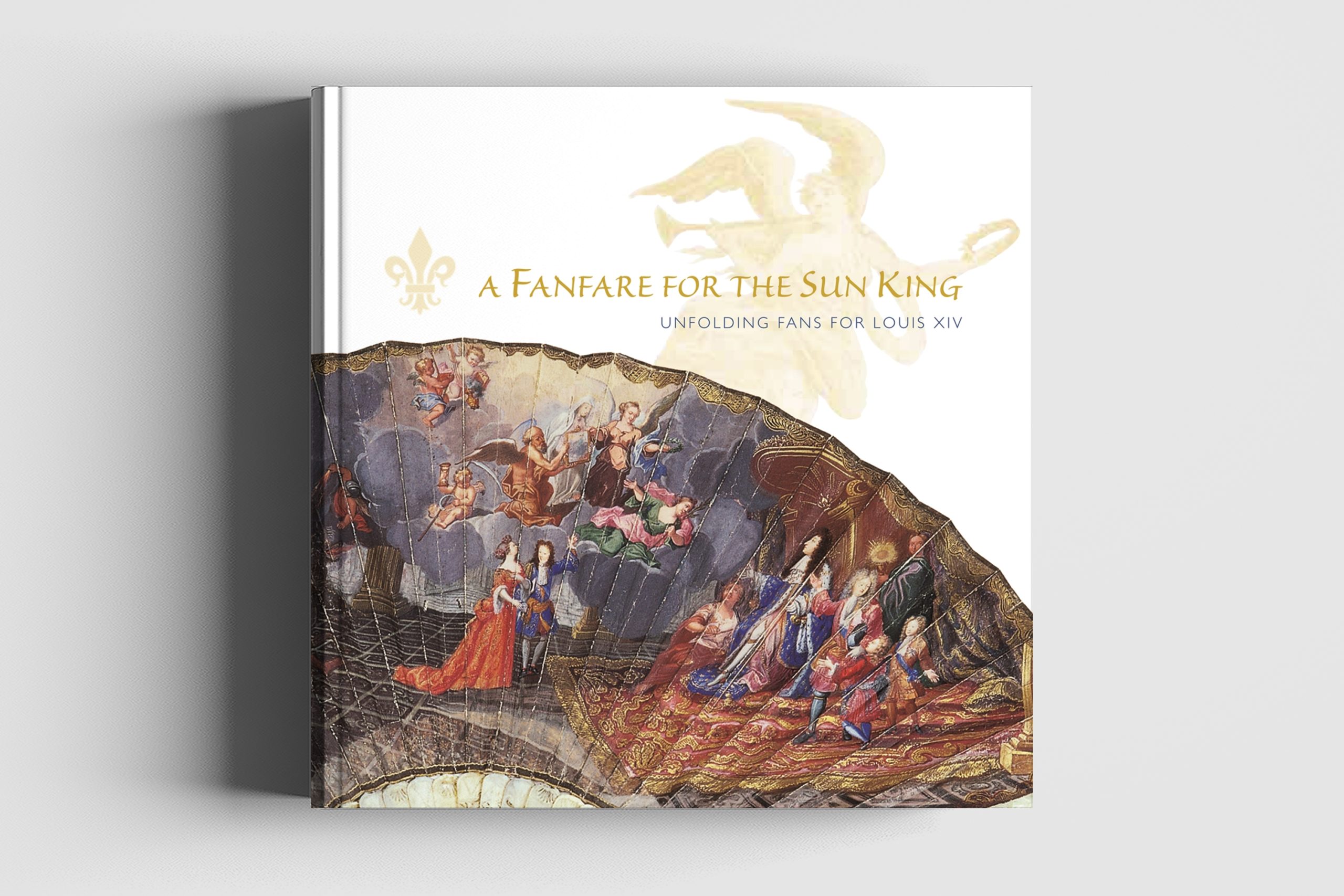 Fanfare for the Sun King

Published to coincide with the opening of the eponymous exhibition at the Fan Museum in 2004, this beautifully illustrated publication presents an insight into the social, cultural and political life of the Court of Louis XIV. It is centered on the gardens of Versailles and the role played by the fans in presenting and promoting all aspects of Louis' reign.

In his review of the publication, Dr Thomas Cocke, Chief Executive, NADFAS said: 'Pam Cowen's new book on the painted fans of Louis XIV's Court brings a neglected subject vividly to life. As well as dazzling the eye, she shows how these fans evoke the very essence of the Sun King's splendours. Colourful, witty and sharply observed, the fan leaves show the charm behind the grandeur of French Baroque'. Peter Thornton, former Keeper of the Furniture at the V & A added: 'This book has been beautifully produced, with marvellous illustrations.'

A Fanfare for the Sun King was runner-up in the 2003 Art Newspaper & AXA Art Catalogue Awards.