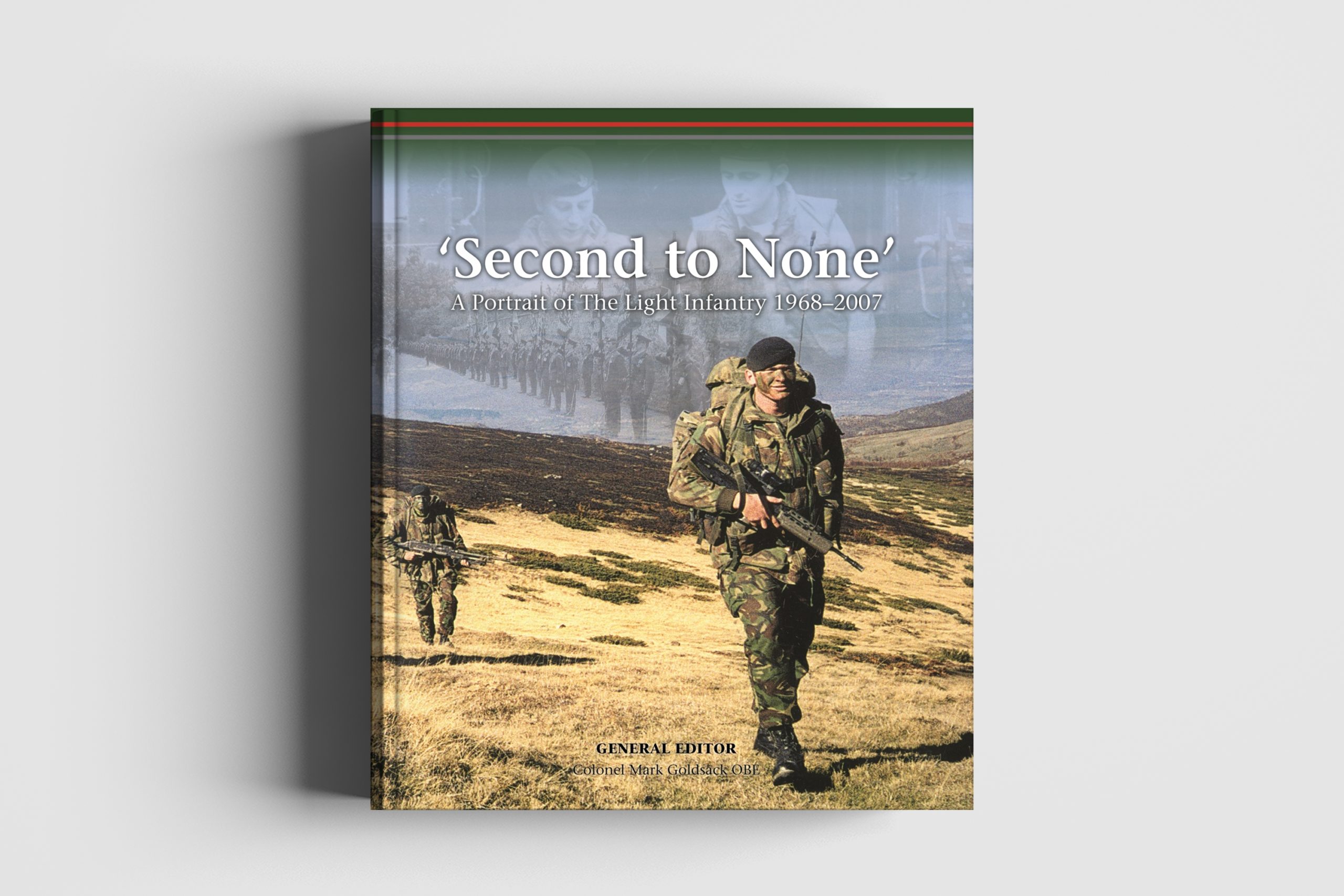 On 1st February 2007 The Light Infantry merged into The Rifles. Now that the new regiment has established itself and forged its identity on operations it is timely to celebrate the unique contribution made to the Army by The Light Infantry over the last 40 years. Edited by Colonel Mark Goldsack, Second To None: A Portrait of The Light Infantry 1968-2007 is a richly illustrated hardback celebrating the Regiment, its traditions and its exploits.

'This will be a great celebration of our Regiment – a book that every Light Infanteer will want to own to remember his time in The Light Infantry. Riflemen, Friends of the Regiment and those who served us from other Arms and Services will want it in their collections.'