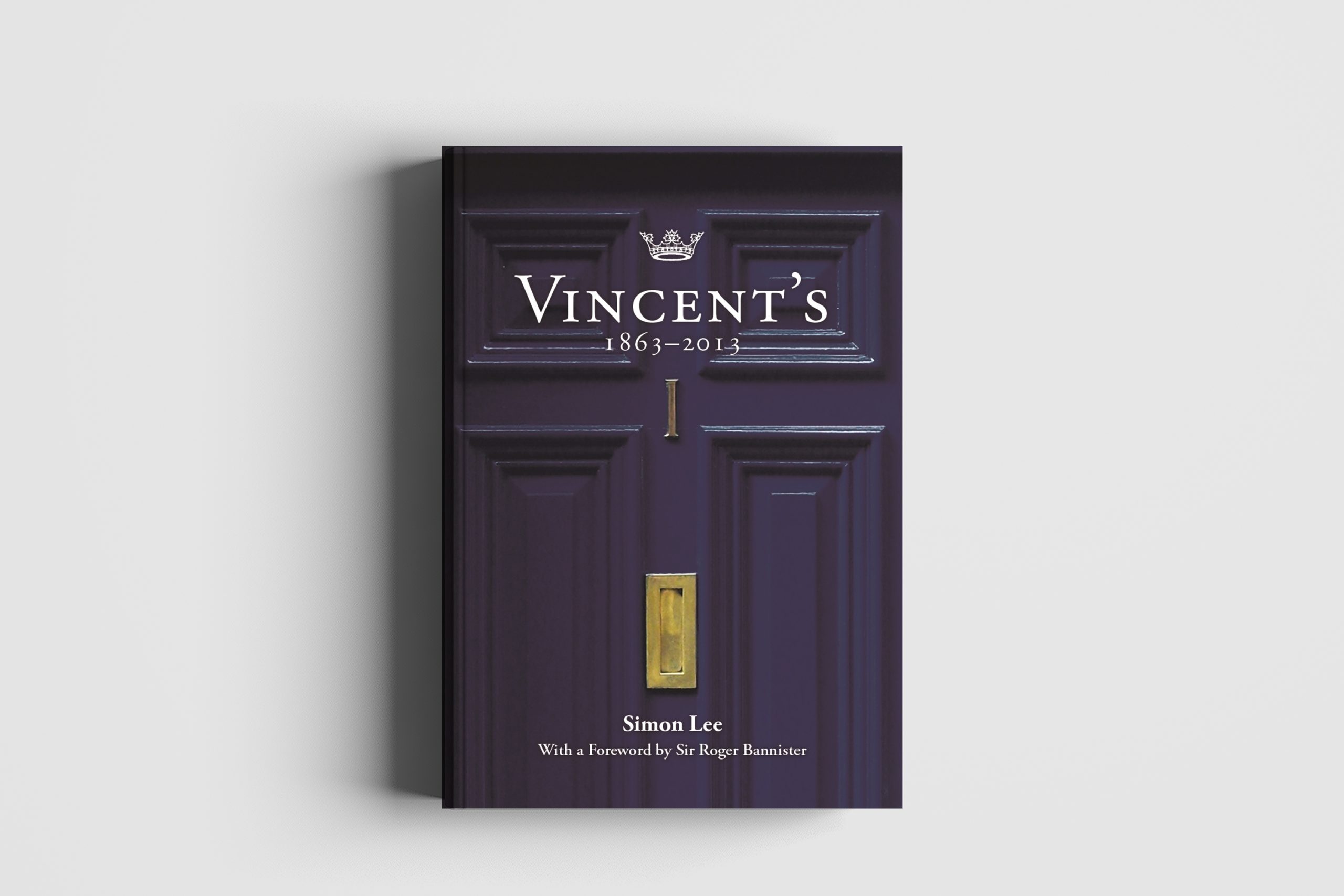 In Vincent's: 1863 – 2013, Simon Lee has assembled a richly entertaining account of superhuman sporting feats, wild eccentricities, fascinating anecdotes and connections, as well as accounts of indomitable courage and endurance by and about Vincent's individuals.

Vincent's Club was founded in 1863 above Vincent's the printers by the unconventional undergraduate oarsman Walter Bradford Woodgate of Brasenose College. Woodgate's vision was to bring together Oxford's leading one hundred sportsmen and, particularly, all-round characters, his 'originals', reflecting the founder's own lively disregard for convention. Vincent's, in Woodgate's own phrase, 'at once acquired a special prestige, which has never left it'.

Vincent's identifies two great eras in the early history, that of the Pioneers (1863-1913), leading participants in the explosion of codified British sports in the mid-19th century, and that of the Heroes of two world wars and a hatful of Olympic medals (1913-63). In the last five decades Vincent's members have continued to distinguish themselves well beyond their University careers at the highest level, whether in sport, the armed services, diplomacy, business, academia or politics, such as the new Prime Minister of Australia, elected in the Club's 150th year, as well as an earlier Australian Prime Minister who led the current Opposition party to four federal election successes.

With a cast composed of Prime Ministers, Presidents, ambassadors, Vice-Chancellors, international sporting champions, at least one Head of a Secret Service, CEOs and entrepreneurs, and not forgetting a walk-on part by the Beatles, this is a book which enshrines the ethos and spirit of the Club as it was, as it is, and as it will continue to be.