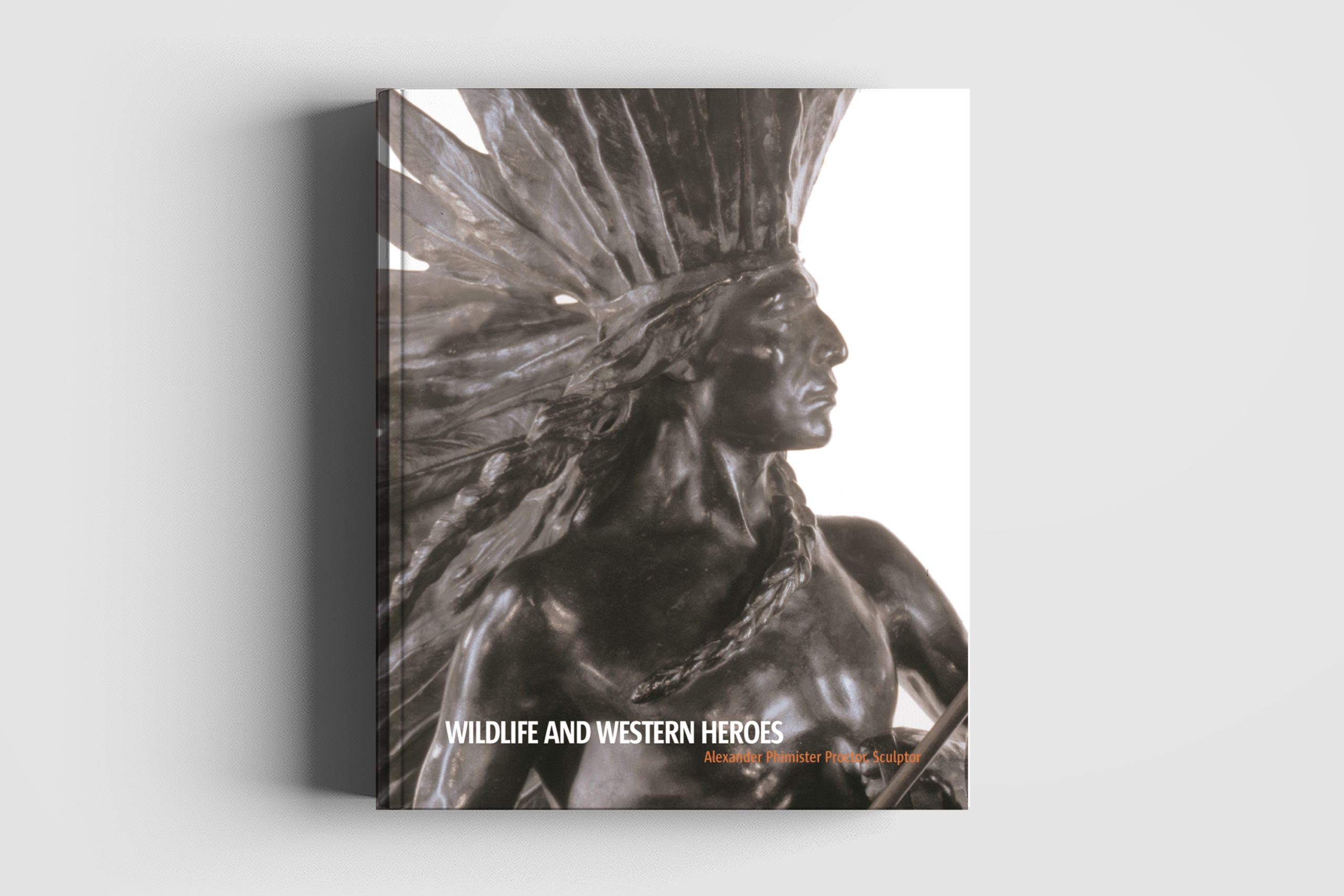 During his lifetime, Alexander Phimister Proctor was recognised as the acknowledged leader among American animalier sculptors, and as the nation's foremost creator of sculpted monuments on western themes. Proctor's work can be found in many major American cities and universities – New York, Washington D.C., Chicago, Dallas, Denver, San Francisco and Portland.

In Wildlife and Western Heroes a series of seven essays covers the key influences and major achievements of his career, with over 50 illustrations depicting the artist's most important commissions. These include the Buffalo Head for the White House State Dining Room (1909) and the massive Mustangs at the University of Texas (1948), as well as the smaller studio pieces such as his Indian Warrior (1900 – 1902), featured on the cover, and Panther (1922 – 1923).